Crew Profiles:
Captain: Evangelos Chatzigiannakoudis
As an islander in origins and a competitive swimmer since his early childhood, he has a great passion for the sea from his very early years. His passion evolved as he studied the sea in the UK as an oceanographer and a marine mechanical engineer.
He then switched to working in the sea in 1998 by receiving his sailing diploma. Since then, he has worked as a sailor and skipper for many different charter and private yachts.

He is the holder of an approved MCA master 200GT license for sailing and motor yachts. He is an energetic individual, very responsible, adaptable, hard-working, and knows how to provide his guests an unforgettable sailing holiday! He loves anything that has to do with the
sea such as spear diving, surfing, and swimming.

He has a surf instructor and lifeguard license and speaks English and Greek fluently.

CHEF: Savvas Lichanidis
Chef Savvas was born in 1989 and he is one of Greece's most promising chefs. He received his culinary training at the professional school OAED. He also has a degree in Fast Pace cooking and has attended seminars in Japanese and molecular cuisine. Chef Savvas began his internships at the prestigious King George Palace Hotel in 2005 and worked his way up through the ranks. In 2018, he finished fourth in the Master Chef competition in Greece. He was the Chef for many Michelin-star restaurants, like Divani Caravel Juju Bar Restaurant, where he held the FNL Star award. He has collaborated with some of the top chefs. His love for the sea led him to start his cooperation with yachts. His goal is to bring Michelin guide from the restaurants to the yachts. Savvas enjoys creating Fusion cuisine using Greek local elements to create delectable dishes.
* Savvas won 1st place in the Platinum category at MEDYS 2022

Vassilis was born in Athens in 1993 and currently resides in Piraeus.
In 2000, at the age of seven, he began sailing in the Optimist class, where he achieved many national and international victories. From 2006 to 2008, he competed in the 420 class, and in 2008-2009 he moved up to the 470 Olympic class. He has also been a member of the Greek National Team since 2005 and the Pre-Olympic team for the 2020 Olympic Games in Tokyo. Current National Champion in Class 470 Olympic.
He started working as a deckhand on yachts in 2018 and was aboard Sea Energy V (Fountaine Pajot Saba 50) and Lusea (motorboat - Princess 78). Vassilis is ideal to support the crew in running the yacht based on her prior accomplishments and experience. Additionally, he strives to provide guests with a memorable experience and is always willing to serve them.

He speaks French and English.

Damien is from France. He is multilingual and enthusiastic about sailing and he places a strong emphasis on the guests' experience. Since 2003, he has been employed in the yachting sector, and he has expertise in sailing in both the Mediterranean and the Caribbean Sea. In addition to this, he holds an RYA/MCA Yachtmaster Diploma, and he has also worked as a Boat Maintenance Technician, which clearly shows his proficiency in the boat's systems and equipment along with his technical and electrical knowledge. 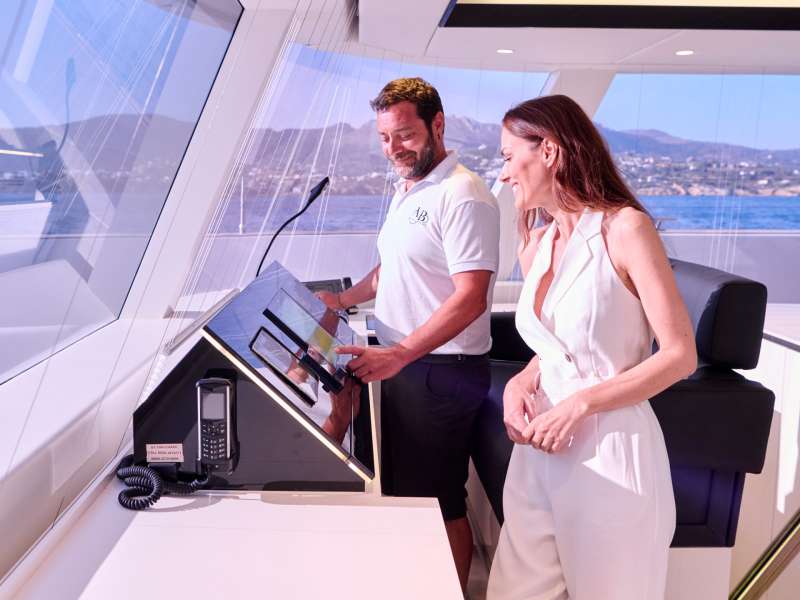 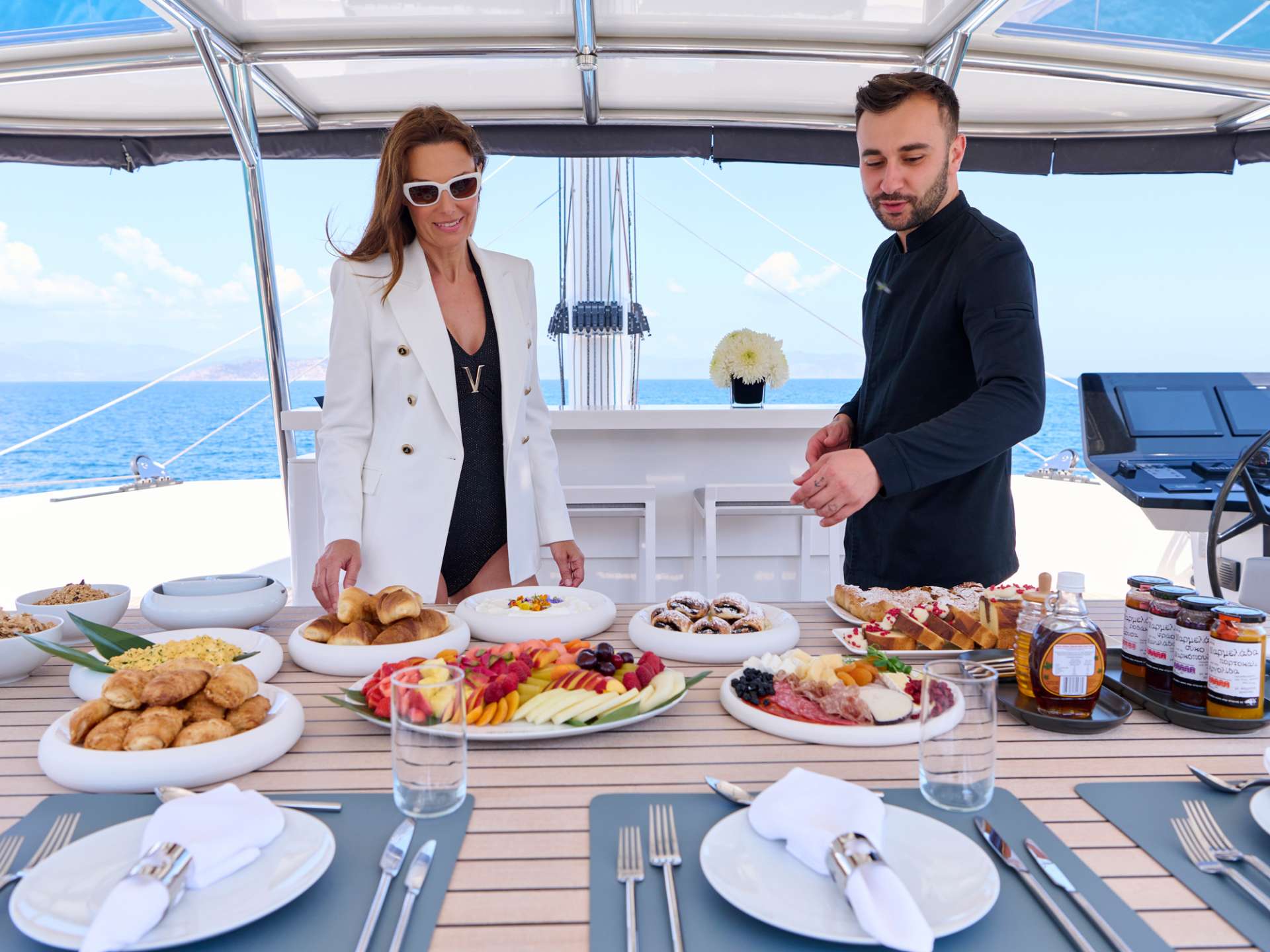 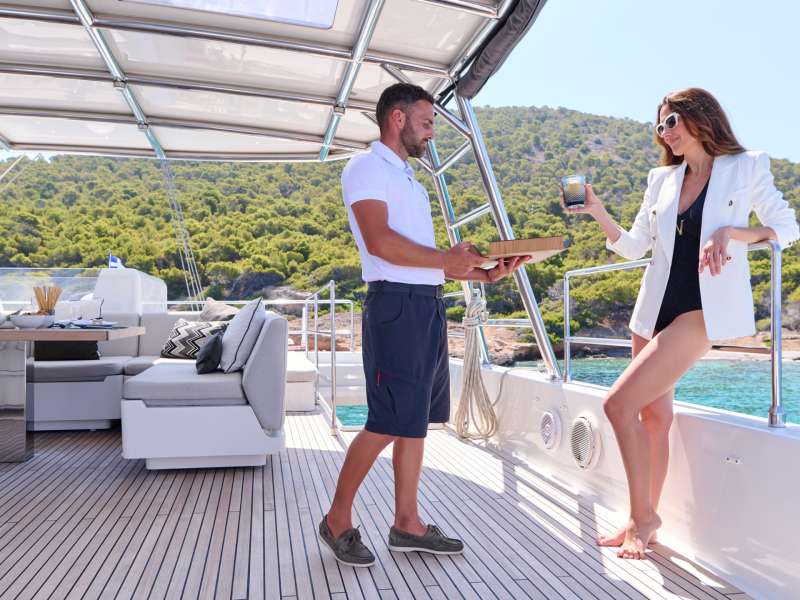