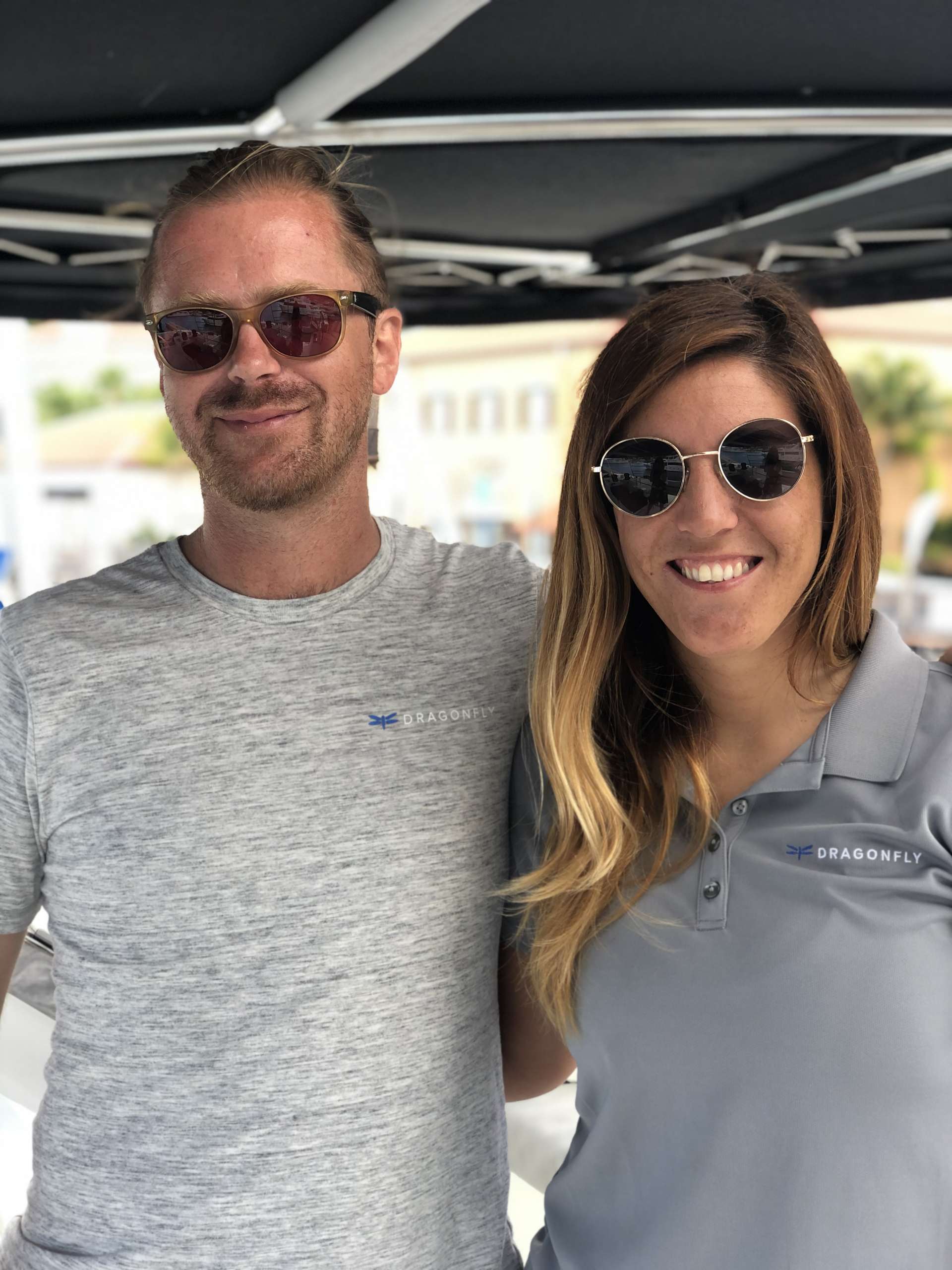 Crew Profiles:
Captain Dave Scallan grew up by the water in a small, coastal town in South East Ireland. Water safety and yachting are in his blood. Dave’s dad ran a water rescue operation and his parents pushed him to sail as a young boy. Growing up he raced dinghies, sailed in regattas and spent as much time on the water as he could. During his university years, Dave earned his degree as a mechanical engineer while simultaneously becoming a senior instructor through the Irish Sailing Association.

Dave then went on to instruct sailing in more than four different yacht clubs in Ireland. After his time in Ireland, he developed a strong desire to travel and live internationally. He took a position at the Southern Yacht Club in New Orleans as a sailing director. After his time in the states, Dave decided to combine his love of the water with his engineering background and worked on super yachts in Spain, Italy and Greece.

Dave has more than 40,000 miles as a captain alone. He attributes his long maritime resume to his sense of humor, ability to whip up a drink and a good time. His goal is to take each day and make the most of it, both on and off charter. His larger than life personality, combined with his experience make him a fun, passionate captain. In his spare time, he wakeboards, kite boards, skis (on both liquid and frozen water), keeps up with his favorite rugby teams, and scuba dives.

Chef Valentina Saenz de Regadera was born and raised in the coastal city of Viña del Mar - Chile, by a Chilean mother and Argentinean father, she grew up in a house that blends the culinary traditions inherited by her European great grandparents with the Latin American flavors. From a very young age, she started cooking but it wasn’t until after graduating college that she decided to pursue her passion for cooking, moving to Argentina, where she went to culinary school in Buenos Aires. Her career would take her to work and live in countries such as Australia, Germany and Canada, visiting over 32 countries in the last 7 years. Extremely passionate about food and hospitality, she aims to give the best customer service with an eye for personal detail, paying tribute to that mix of flavors and sea side feel she grew up in.

Over the years she has worked in various kitchens, from trendy bars, to hip cafes, bistros in the mountains to high end restaurants in multicultural cities, constantly learning new flavors and techniques. She has a great sense of adventure, loves to dive, travel, sail and enjoy the outdoors and through her dishes you will travel alongside her memories, tasting the food from around the globe, with a Latin American twist.

Dave and Valentina look forward to showing you a wonderful time on board Dragonfly!