Crew Profiles:
Captain Shawn Deweese:
You’re in good hands with Shawn - not only the Captain, but an owner he knows August Maverick in and out. He holds a Bachelor's Degree in Naval Architecture & Marine Engineering from the U.S. Coast Guard Academy and a Master's Degree in Social Organizational Psychology from Columbia University. He served nine years at sea in the U.S. Coast Guard aboard cutters ALEX HALEY (Kodiak, AK), KUKUI (Honolulu, HI), CAMPBELL (Kittery, ME), and was the Commanding Officer of Cutters ADAK (Manama, Bahrain) and KISKA (Hilo, HI). He graduated from the Naval Diving Salvage Training Center (Navy Dive School) in Panama City Florida where he later retuned as an instructor for four years. He is a licensed Merchant Mariner with a 1600-ton Oceans Master, and Second Mate Unlimited License. He is also a PADI Dive Master.
​ Now that we've gotten all of the really serious things out of the way, we figured you'd like to know a little more about this one. He's pretty cool. Shawn grew up on the water and all of his memories involve being in, on or under the water; fishing off Cape Cod, snorkeling and diving on family vacations in the Caymans, and waterskiing or tubing during family reunions on the lake in Minnesota. He is great with kids and enjoys teaching them how to fish, taking them tubing behind the tender, and showing some of the little tricks he’s learned during his time on the water.


First Mate Victoria Balcheva
Victoria grew up in Varna - the sea capital of Bulgaria. She was always drawn to the water, and family vacations were always near a lake or the sea. She enjoyed fishing with her father as a child, and was a synchronized swimmer throughout high-school. Victoria attended college for International Business Management while working in restaurants, was a fitness instructor, a health coach and even did some modeling. She always loved the idea of being on the water and running a boat, so when the time was right, she did just that. She moved to Greece and quickly earned her Skipper diploma for yachts up to 72ft. She spent a year running day trips and multi-day cruises around Thassos Island: still one of her favorite places. Victoria immersed herself in the sail culture and participated in local regattas, and was a skipper for a two week trip around Greece, transiting the Corinth Canal twice and gaining more than 3500NM as a skipper. Victoria decided to expand her knowledge and went back to the USA where she gained STCW, Powerboat 2, and RYA Marine Radio Short Range Certifications. During her time on August Maverick, Victoria has completed her 100-ton USCG Captains License course and is working towards her dive certifications! Victoria superbly manages guest relations while on charter; making your time onboard as care-free and fun as possible. In addition to running August Maverick with Shawn, Victoria manages August Maverick’s social media, website and tries to keep Shawn out of trouble...some jobs are simply harder than others! 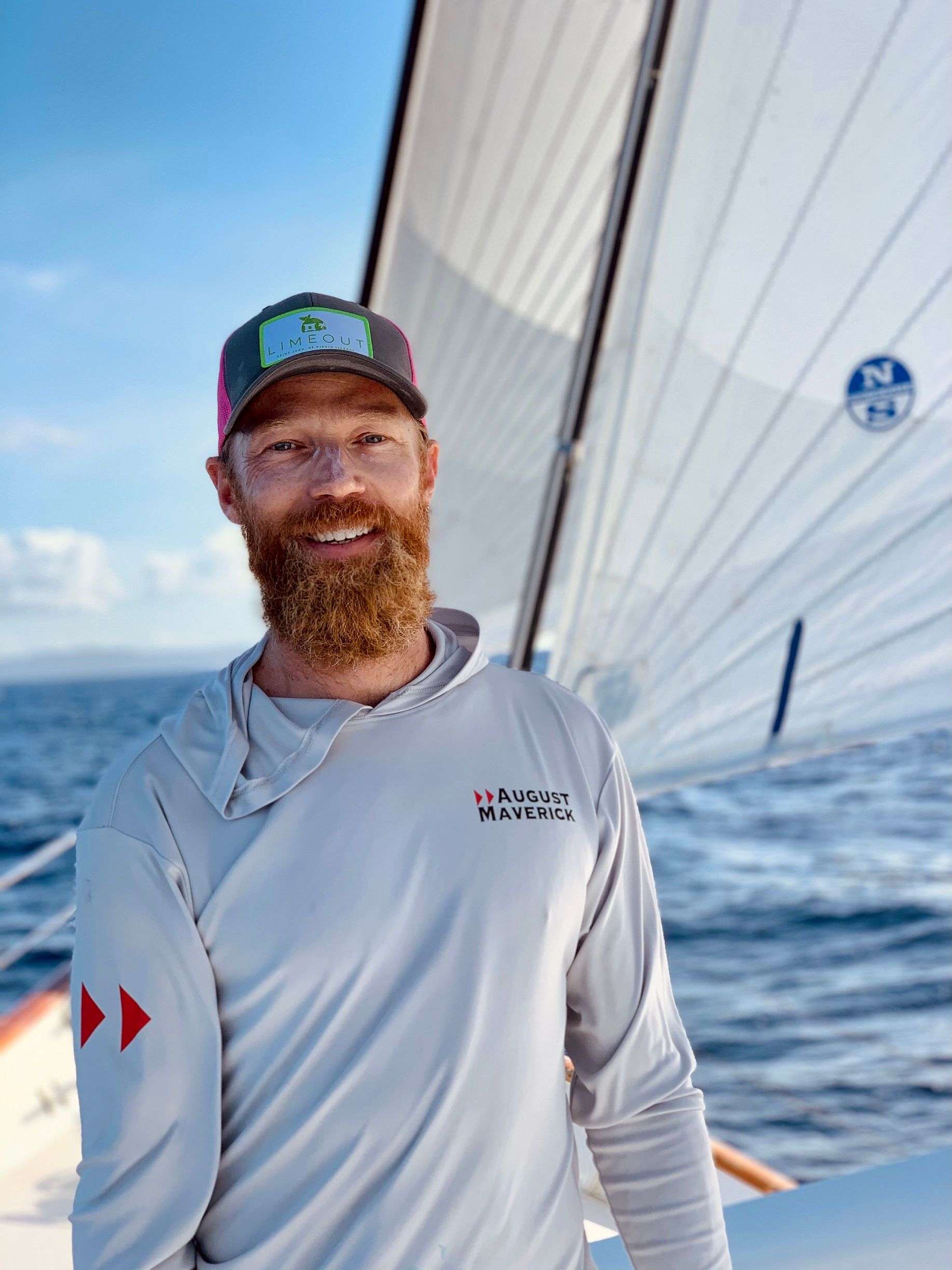 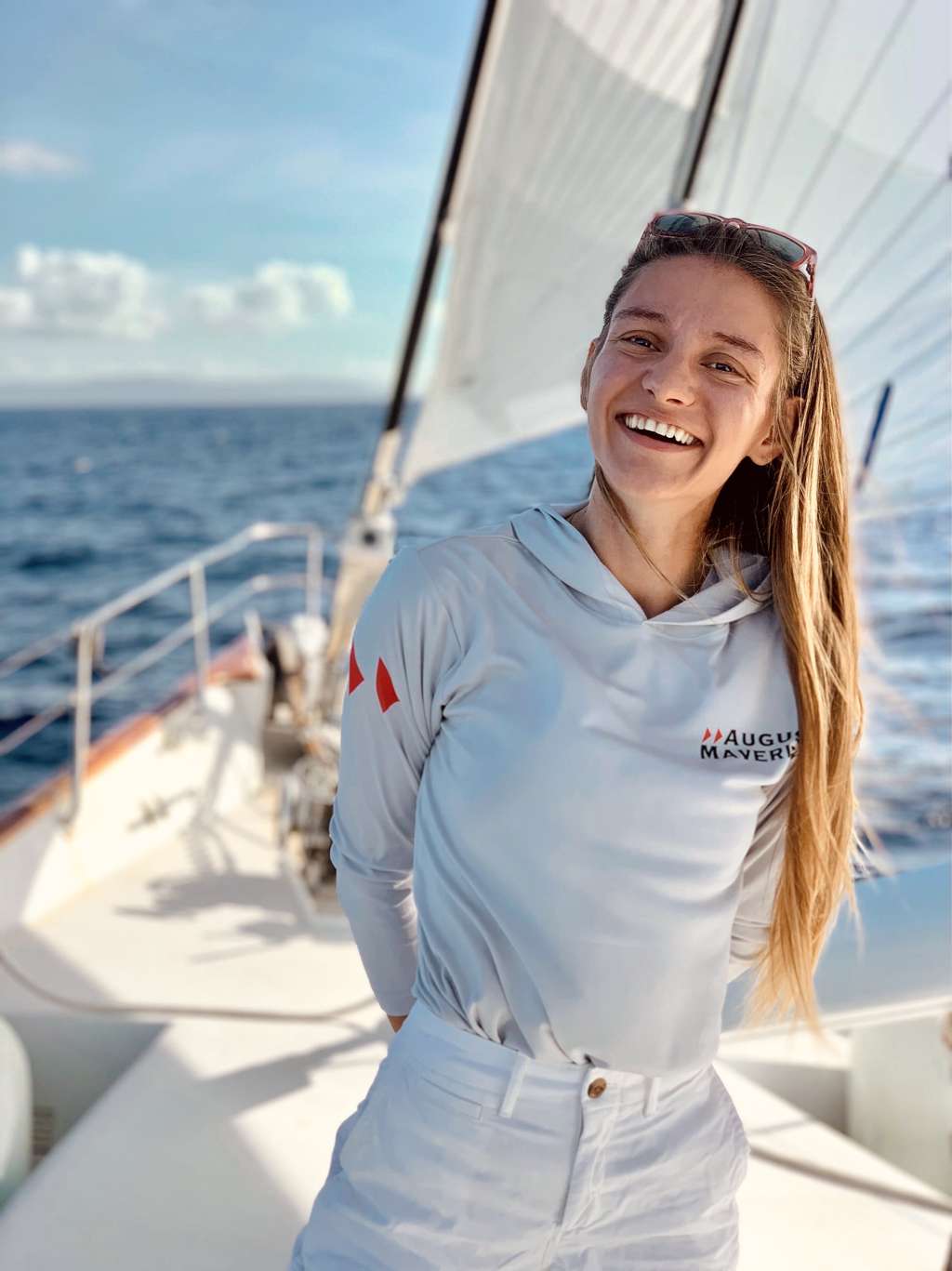