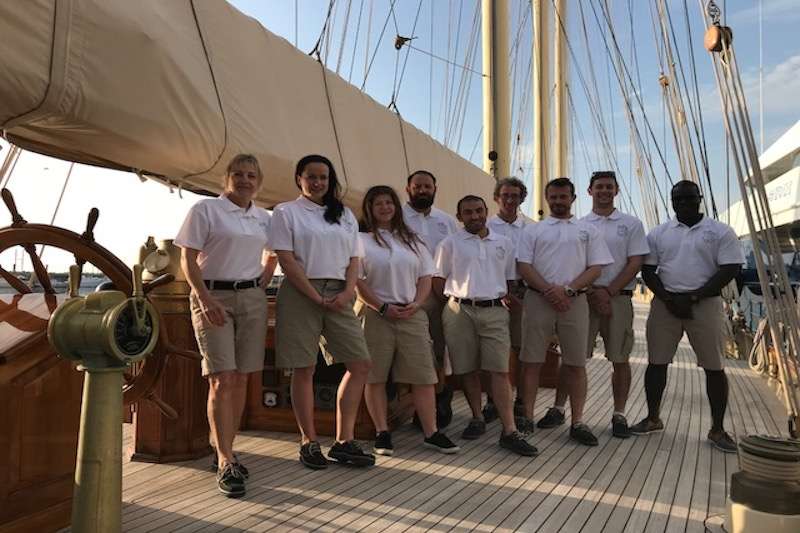 Second chef/purser : JACQUELINE. Dutch national. She speaks 3 languages. She has been onboard Atlantic since her launching.