Crew Profiles:
Captain Yiannis Tzortzis
Captain Yiannis was born in 1975 in Greece. From early on he had two main passions: Mechanical Engineering and sailing. So soon after getting 3 diplomas in Engineering he started his professional involvement with the sea. He is a well-experienced captain, who has sailed the Greek and Mediterranean seas, knowing every little bay and harbor inside out. Captain Yiannis is able to cope with any difficult situation at hand responsibly and decisively. As serious as he takes his job, as kind and wonderful he is as a person. His guests call him a calm and gentle giant, who is always smiling, while kids just simply adore him. He speaks fluently English and makes everyone on board feel extremely welcome.
After serving nearly two years in the Greek Navy, he acquired his Skipper Diploma at the Dolphinarium Yacht Club, he obtained the Rescuer Degree, First Aid CARPA, he was captain of various monohull sailing yachts, in one of which he was awarded the 1st Position in Rally Ionian 2011-2012, he worked on VitaminSea Leopard a 113,22 ft boat, which traveled for four months from Marseille to Athens before he started working with crewed catamarans.
Here he has shown his full potential as Captain and host. His hobbies include volleyball, engineering, and maintaining anything mechanical.

Chef Spiridoula Karampoutaki
Spiridoula was born and raised in Volos and comes from a family that loves to cook! Her parents owned restaurants in the area and she grew up with a passion for food! After graduating in Computer Science, she changed focus and continued studies at the culinary school Le Gourmet- where she continues to give seminars. Immediately following her graduation, she began work in restaurants, including 5 years at Hotel Xenia, a 5* restaurant in which she was a top-level chef.
From here, Spiridoula decided to push her culinary skills further by participating in the television cooking show, Master Chef and achieved 2nd place! Upon completing the show, she planned gastronomical events throughout Greece and continued work at a fine dining restaurant in Cyprus.
With all of this experience, she is joining the crew of Lucky Clover to combine her exceptional culinary skills and her love of the sea. She is so excited to welcome guests and offers an incredible charter experience with unbelievable foods!

Stewardess – Anastasia Karagianni
Anastasia will be joining us on board Lucky clover this season and she comes to us with great recommendations. She likes to keep the boat in impeccable condition and is very detailed. She has a motor and sailing license. During the winter seasons she works as a director in TV programs, advertisements, and other projects, her latest project was the Greek Master Chef where she was assistant to the Director. Her passion for the sea is what drove her to start working as a hostess in crewed yachts a couple of years ago. Her main goal is to attend to the guests and ensure that all is to their liking. She is hardworking and very organized. She has completed courses on safety at sea and customer care. Anastasia looks forward to ´welcoming´ you on board! 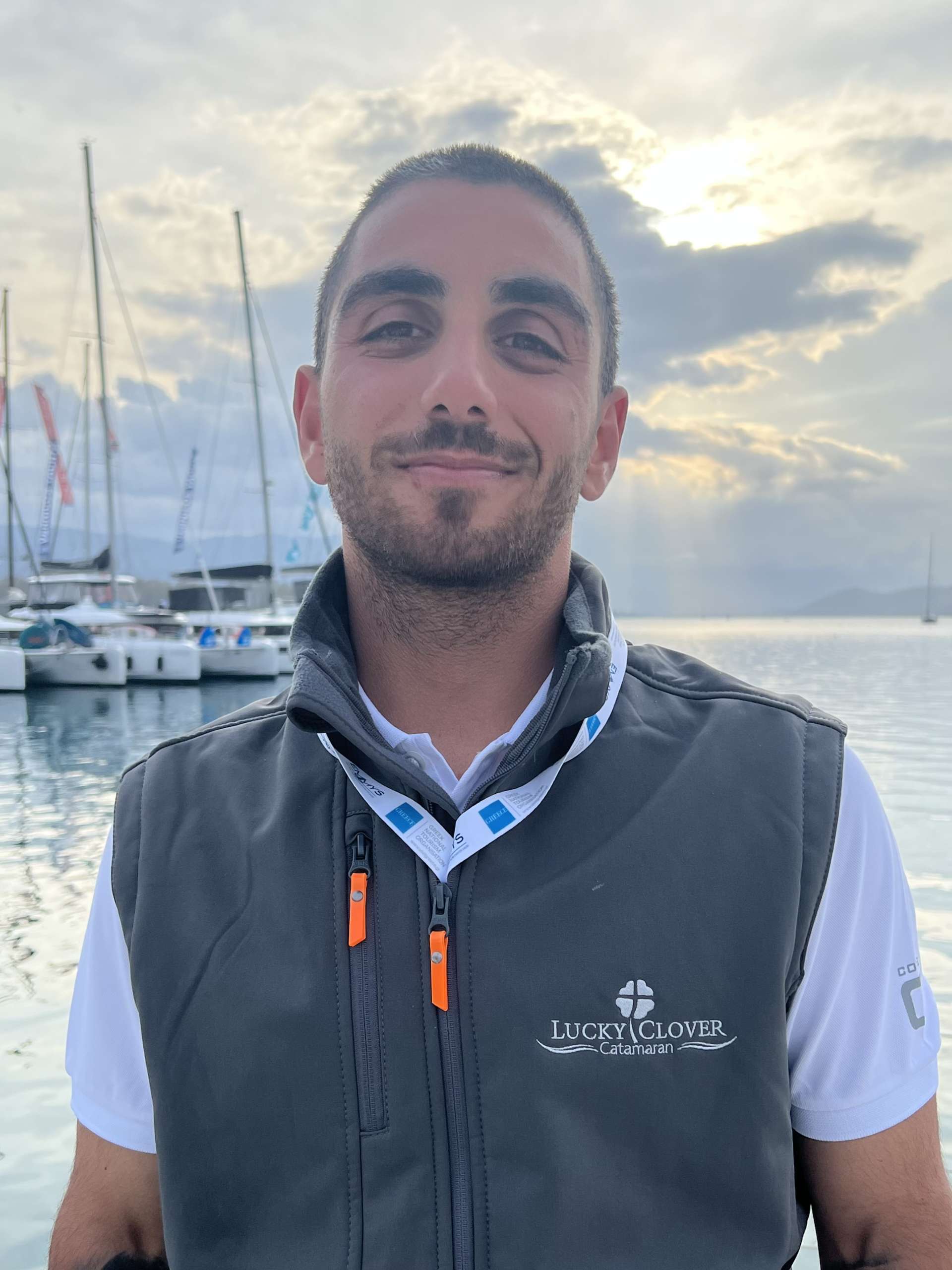 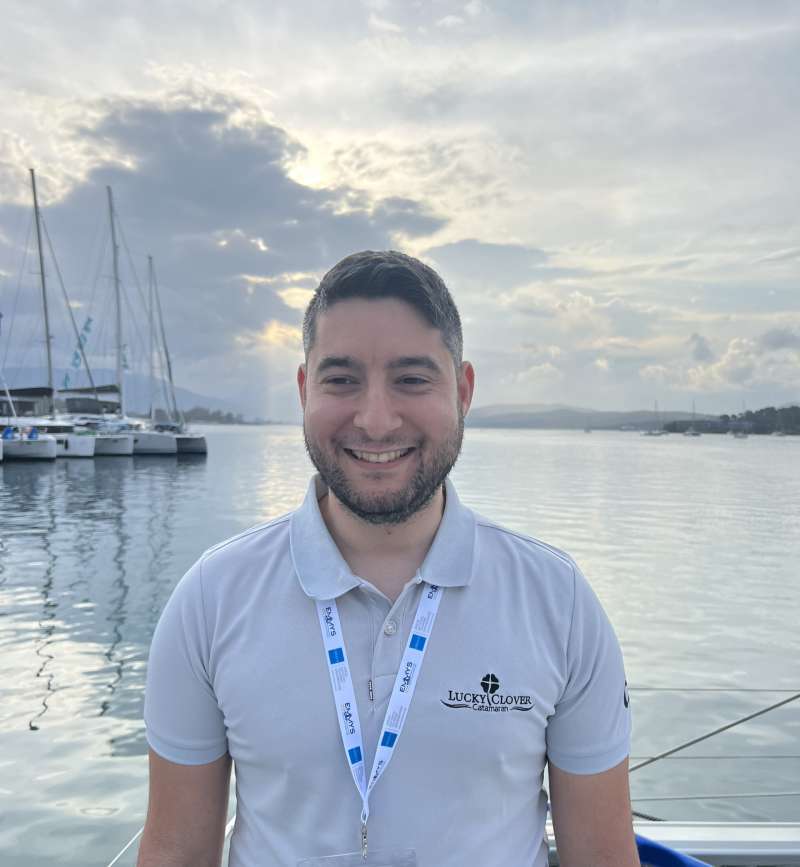 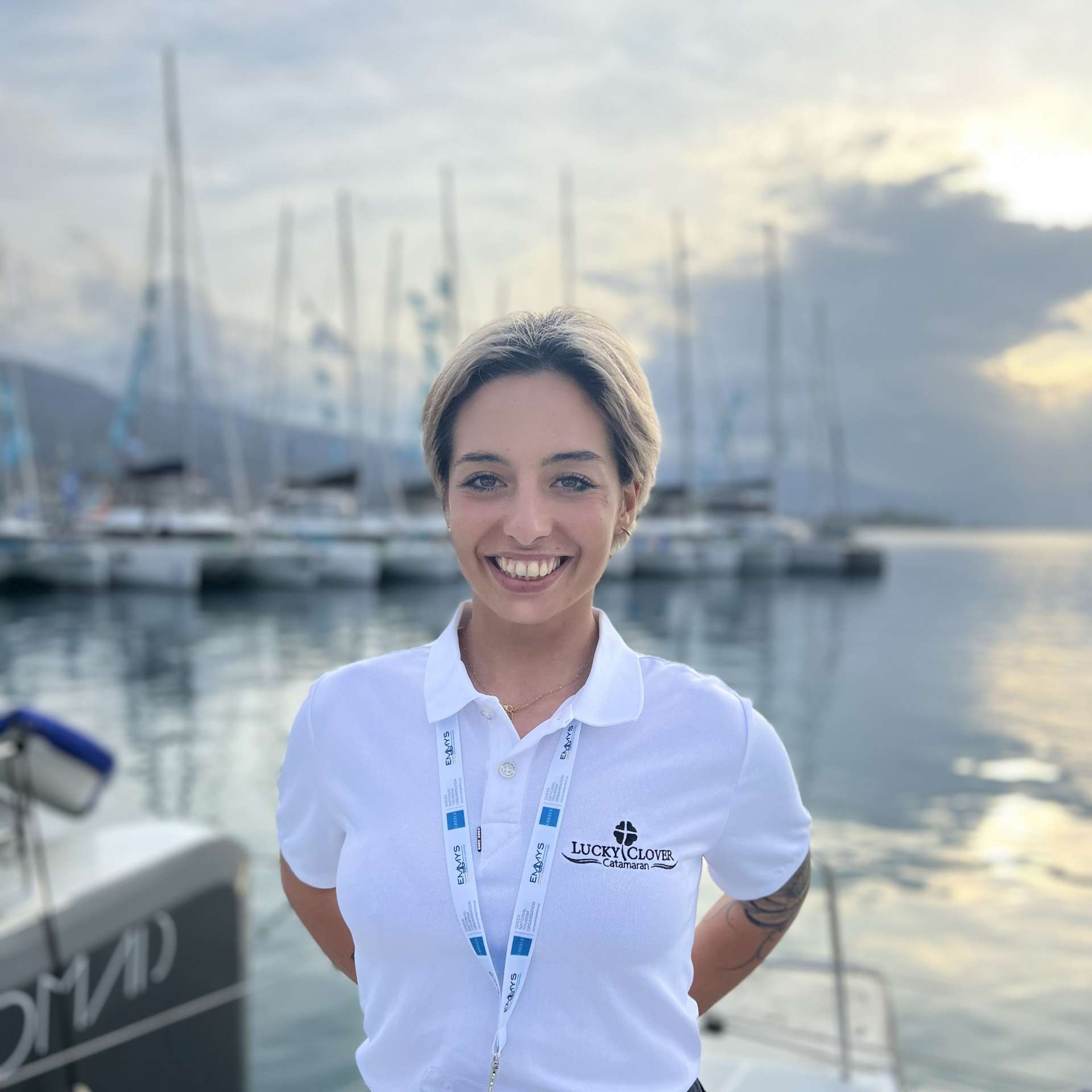