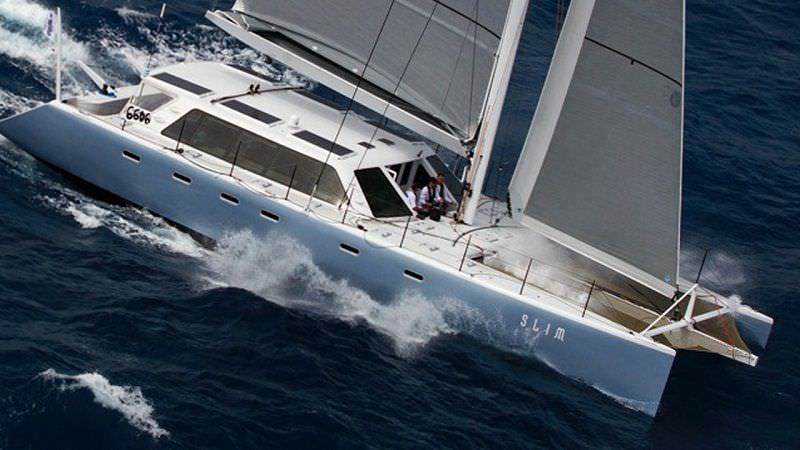 SLIM is the last of her series, a Gunboat 66 designed by Morrelli & Mellivin as a fast cruising catamaran. She is custom fitted to her owners requirements for cruising the globe and exploring those places that only being on a yacht can offer. 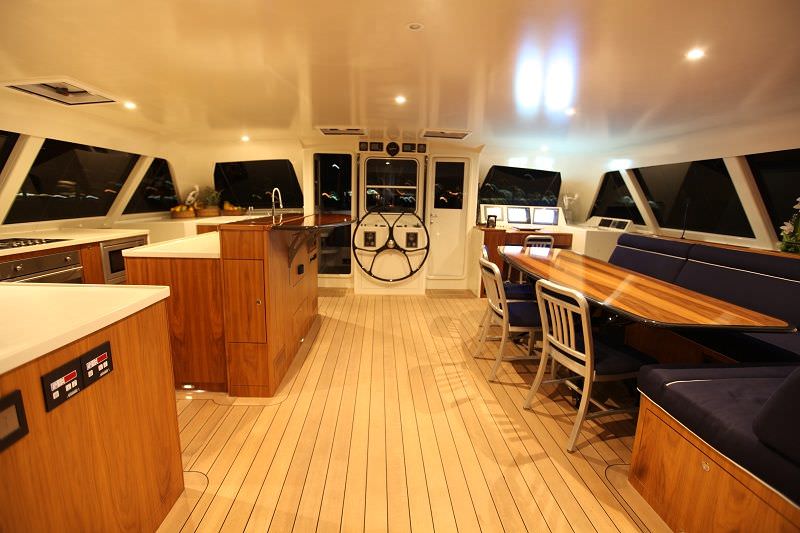 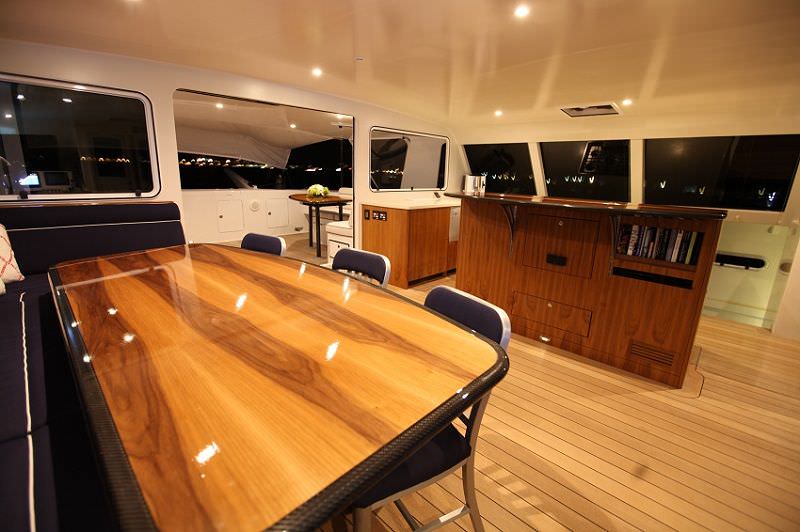 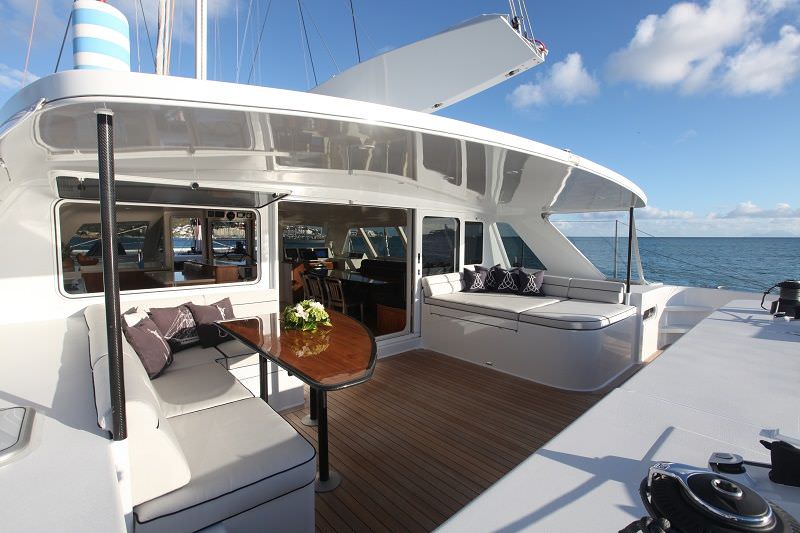 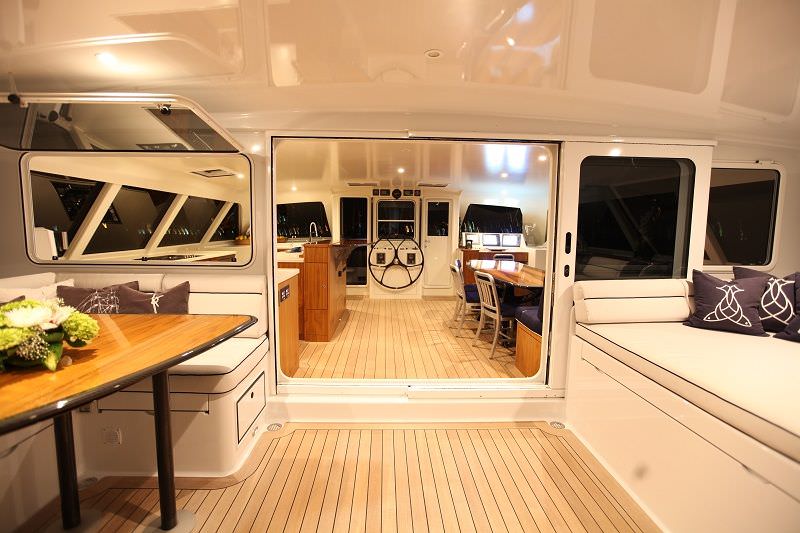 
Port ideal for kids OR

yacht is good for two couples; one couple gets port hull; other couple gets master in starboard

We understand the arrangement in the starboard hull, but in the port hull, are there three cabins (two with double bunks, one cabin with twin bunks over and under only?) and all sharing a head and shower, or are there two cabins (one with double bunk and one with twin bunk beds) also sharing head and shower? Port hull is as follows: Aft cabin with double bed. Midships cabin with double bed. Forward cabin with over/under bunkbeds. All port side cabins share a midships head/shower and a separate shower just forward of the aft cabin.
The owner set the port side up with just his kids in mind…he was only talked into chartering a few years after owning Slim hence she’s more suited to a family than 3 couples, or 2couples as that way one couple gets the privacy of the entire port side and the other couple gets the Owner’s cabin which is full privacy. 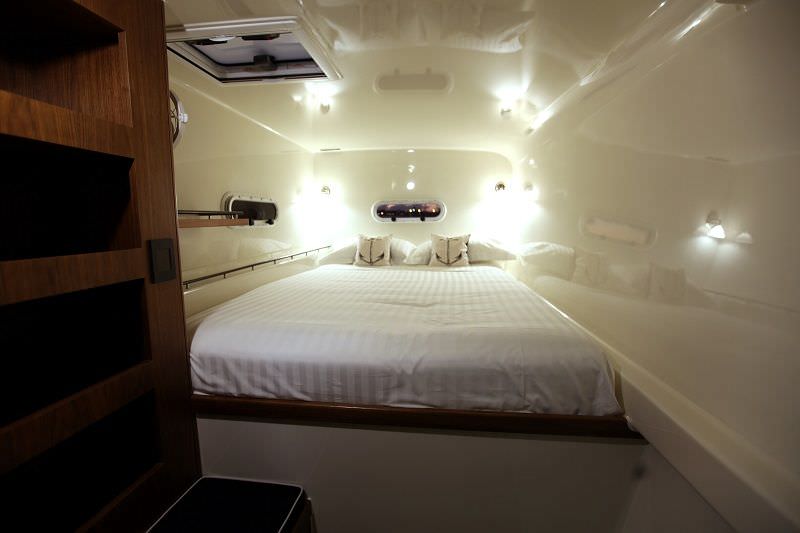 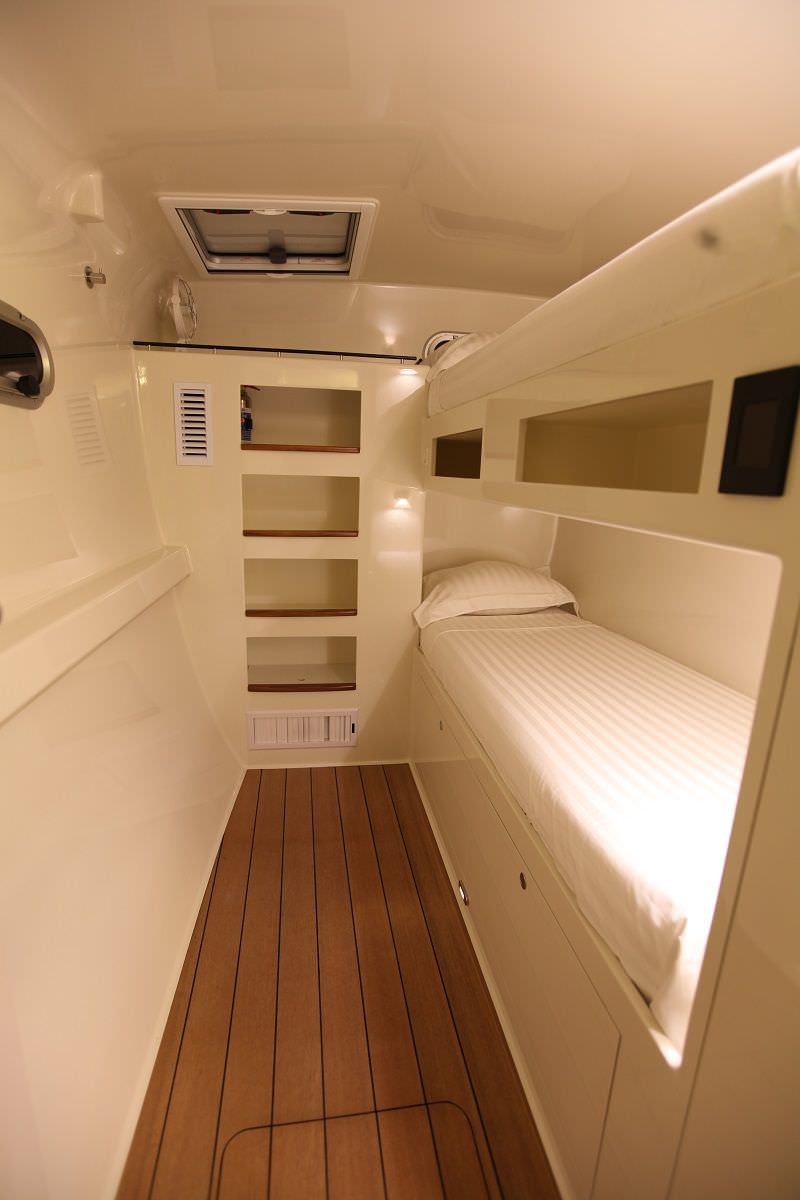